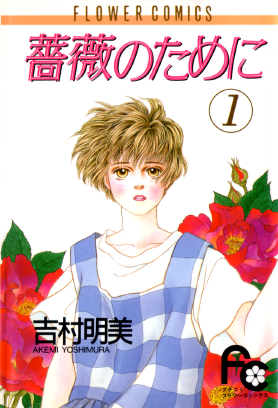 After being dumped, followed closely by her grandmother's sudden death, the chubby Yuri is left broke and homeless. That is until she discovers that her grandmother had been lying to her for years. Her mother is not dead, but is in fact a famous movie star, and very much alive.Upon arriving at her mother's house, she meets her three new beautiful siblings, all from different fathers. Her new-found family is filled with hilarious oddities, ranging from laziness to drunkenness to gay incest. She is constantly antagonized by her brothers Sumire and Aoi. And her sister Fuyou does little to help. And thus Yuri becomes little more than a maid in the household, catering to her siblings needs while her mother travels the world. But as Yuri's warmth fills the house which before had been so cold...what will happen between her and her brothers? Can they come to see each other as siblings before it's too late?The series received the Shogakukan Manga Award for Shōjo in 1994.