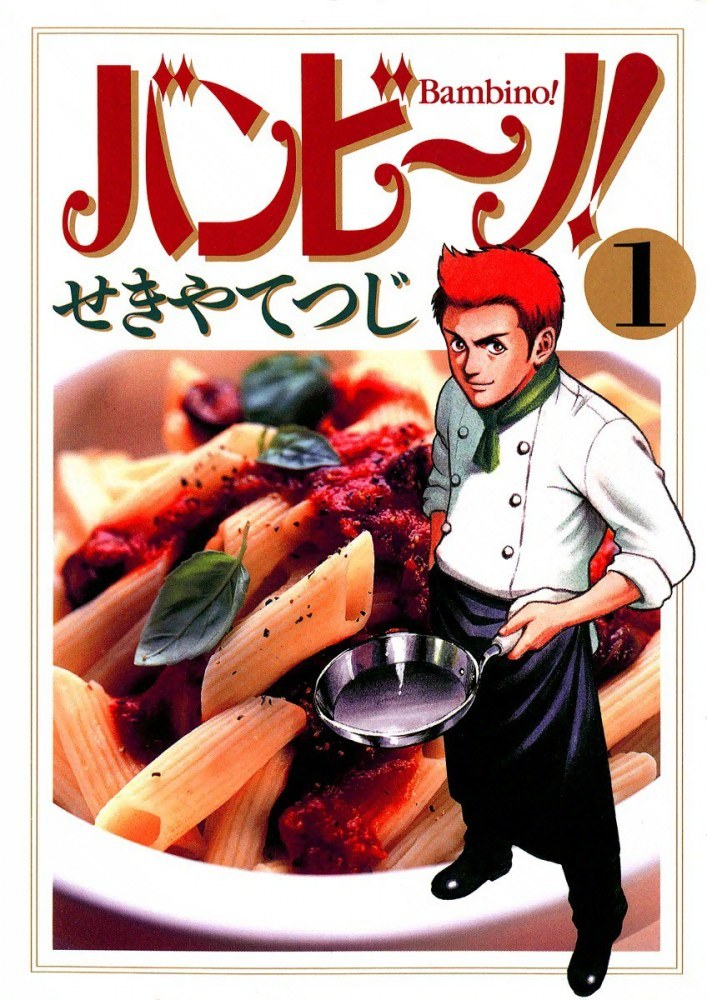 Shogo Ban, a college student from Fukuoka, likes to cook. Thanks to the owner of the restaurant where he works part-time, he finds himself working at the line of Roppongi’s best Italian restaurant, Trattoria Baccanale, and discovers that the real deal isn’t quite as easy as he’d thought. The manga follows Ban as he struggles to keep up with the hectic workload and his co-workers, along with issues outside the kitchen like his relationship with his girlfriend Eri, who he left behind in Fukuoka. Bambino! received the 2008 Shogakukan Manga Award for seinen/general manga along with Takeshi Natsuhara’s and Kuromaru’s Kurosagi.