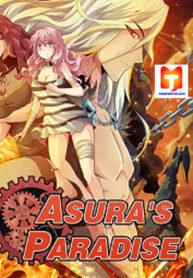 The following content is intended for mature audiences and may contain sexual themes, gore, violence and/or strong language. Discretion is advised. Reading Manhua Asura’s Paradise at Manhua Website.This story is about a girl’s adventure in the late Victorian era when steam engines are widely used. Because of the pollution, the content of platinum and nickel in the air rises, and thus very few people mutate and gain special power. Those people are called the platinum-nickel mutants. The government established the Garden of Eden, claiming that they want to help the mutants live a better life. But it’s a trap to lure mutants. They control or even use these mutants with cruel methods.Follow TopManhua if you want to Read manhua  for the latest chapters. Because This Top Manhua is translated from manhua web series FREE same day they come out. So Manhua Reader can find and request your manhua reading you like at manhua top…  +