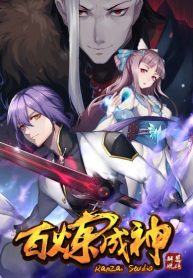 Zen Luo, the former Young Lord of Luo family, is now a humble slave whose father died and younger sister was held in detention by a powerful sect. He has suffered so much both physically and mentally. However, his life started to get better when he found the secret Weapon Creation technique in a book of his fathers. Could the human body be a weapon? What was the mysterious force behind all this? It is a challenge from fate awaiting Zen Luo.