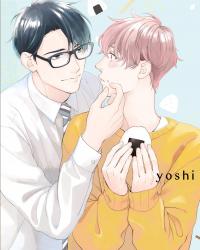 The following content is intended for mature audiences and may contain sexual themes, gore, violence and/or strong language. Discretion is advised. It’s the middle of winter in the northern region.A young man who came all the way from Tokyo, Haruki arrived and collapsed during a snowstorm.Haruki, by chance, ended up under the care in the house of three brothers (the straight-laced eldest son and his twin brothers who are high school students).However, rumors spread that he turned up to be the bride of Kentarou, the eldest among the three brothers, and the bride is completely acknowledged throughout town…!?